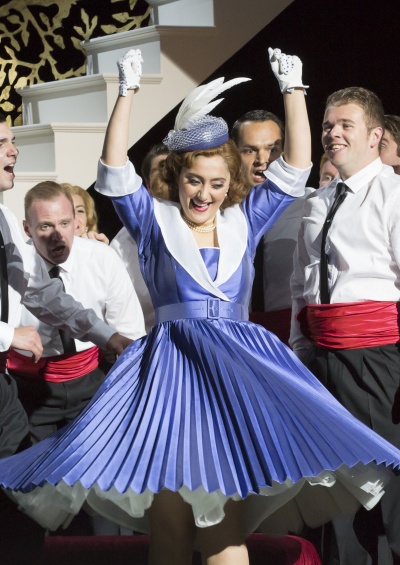 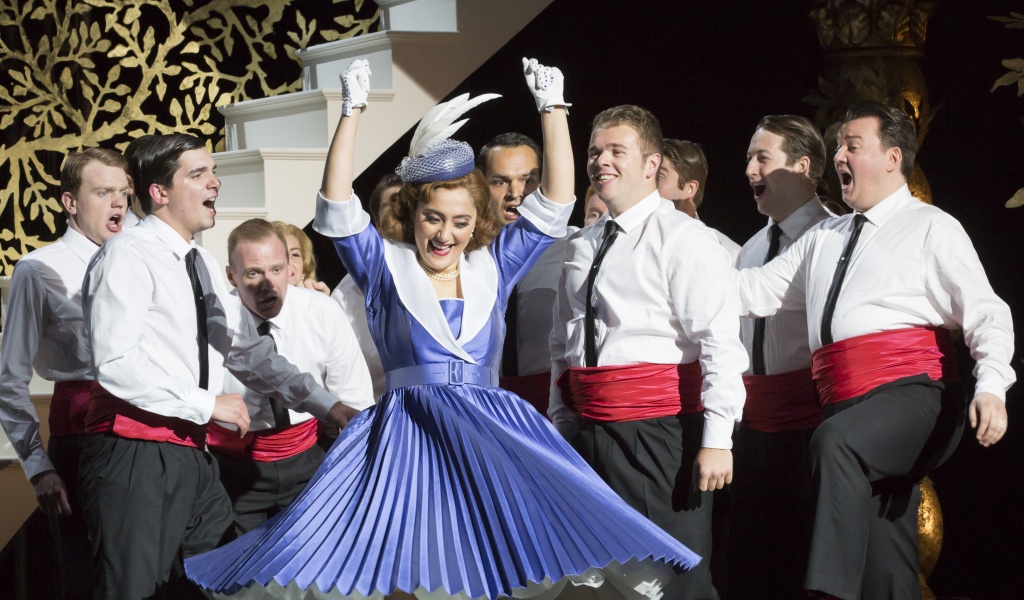 An insight into L'italiana in Algeri

It's Kutlu who is the real find: this is a wonderful voice
The Guardian

Isabella, a young Italian woman of independent spirit, resourcefulness and wit, is shipwrecked in a foreign land while searching for her sweetheart, Lindoro. There she finds herself at the mercy of the blustering Mustafà, the Bey of Algiers, who, bored of his long-suffering wife Elvira, decides Isabella will be the jewel of his harem. Little does Mustafà know that he has met his match in Isabella, who puts to use all the skills in her considerable armoury to escape his clutches, taking her beloved Lindoro with her.

Rossini was at the height of his inventive powers when he wrote L’italiana in Algeri and the audiences in Venice in 1813 went completely mad for it. Indeed madness, hilarity and a sense of the surreal permeate the entire opera, with its courageous heroine, Isabella, at the centre of a maelstrom of confusion, suffused throughout with humour and unaffected tenderness.

Renowned Rossini conductor David Parry is joined by director Will Tuckett and designer George Souglides, who both make their Garsington Opera debuts.

Elvira, wife of Mustafà, the Bey of Algiers, complains that her husband no longer loves her. He has heard of the superior qualities of Italian women and orders Haly, the captain of the palace guard, to find him one within six days, under threat of torture. Lindoro, an Italian who has recently been captured by Mustafà’s men, has become the Bey’s favourite slave. Mustafà intends to get rid of Elvira by promising Lindoro his freedom as long as he takes her away with him.

A ship is wrecked on the Algerian coast. Haly and his men are delighted to find that among the passengers is an Italian woman, Isabella. She is travelling in search of Lindoro, her lost lover, accompanied by an admirer, Taddeo. Isabella remains fearless in captivity, shocking Taddeo by treating their situation so lightly.

Haly presents Isabella in triumph to Mustafà and she flirts with him in order to gain the upper hand, narrowly saving Taddeo from threatened impalement by claiming that he is her uncle. The despairing Elvira and her companion, Zulma, together with Lindoro, come to take their leave of Mustafà. Isabella recognises Lindoro and insists on taking him as her personal slave. Confusion reigns.

Mustafà is besotted with Isabella but she is planning to escape with Lindoro. In an attempt to win Isabella’s love, Mustafà confers on Taddeo the Grand Order of Lord High Kaimakan and dresses him in the appropriate costume. Isabella advises Elvira on how to handle men and then allows Mustafà to watch her dress, sending him into paroxysms of delight while still managing to convince Taddeo that her charms are intended for him alone. Mustafà instructs Taddeo to leave him and Isabella alone at the signal of a sneeze but Taddeo ignores the repeated attempts to get rid of him. Mustafà’s fury reaches a peak when Isabella invites Elvira to join the party.

Isabella, Lindoro and Taddeo plot the details of their escape. They decide to trick Mustafà by telling him that Isabella now loves him so much that she wants to make him a member of the ancient Italian Brotherhood of the Pappataci, a select (and entirely fictitious) group who are bound by strict vows to eat, drink and keep silent while taking no notice of what may be going on around them. The confused Mustafà is happy to accept this honour.

Isabella summons the other Italian captives and tells them that they should be prepared to escape when the Pappataci celebrations are at their height and the palace guards are incapacitated with drink. She rallies her countrymen to the noble cause of Italian liberty, rousing them to a state of the utmost patriotic fervour.

Mustafà is installed as a member of the Pappataci with all due ceremony and, as instructed, eats and drinks steadily while Isabella and Lindoro flirt openly and make their plans for departure. Taddeo is furious when he realises that he has been tricked as well and tries to alert Mustafà, who finally – and too late – summons his now completely inebriated guards.

Isabella convinces an initially reluctant Taddeo that he would be better off joining her and Lindoro on board the rescue vessel.

Realising that Isabella has proved a match for him and that he is probably well rid of her, Mustafà recognises how badly he has treated his long-suffering wife and he and Elvira are reconciled. 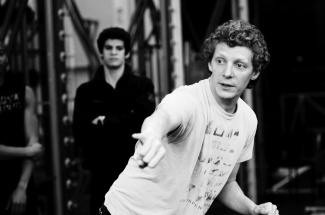 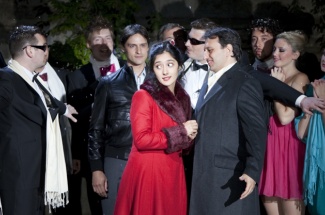 Welcoming back Ezgi Kutlu in L’italiana