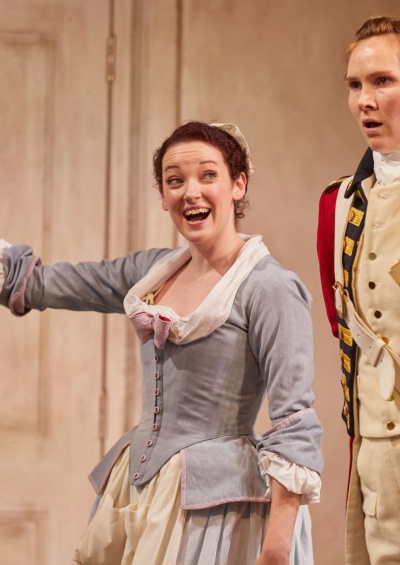 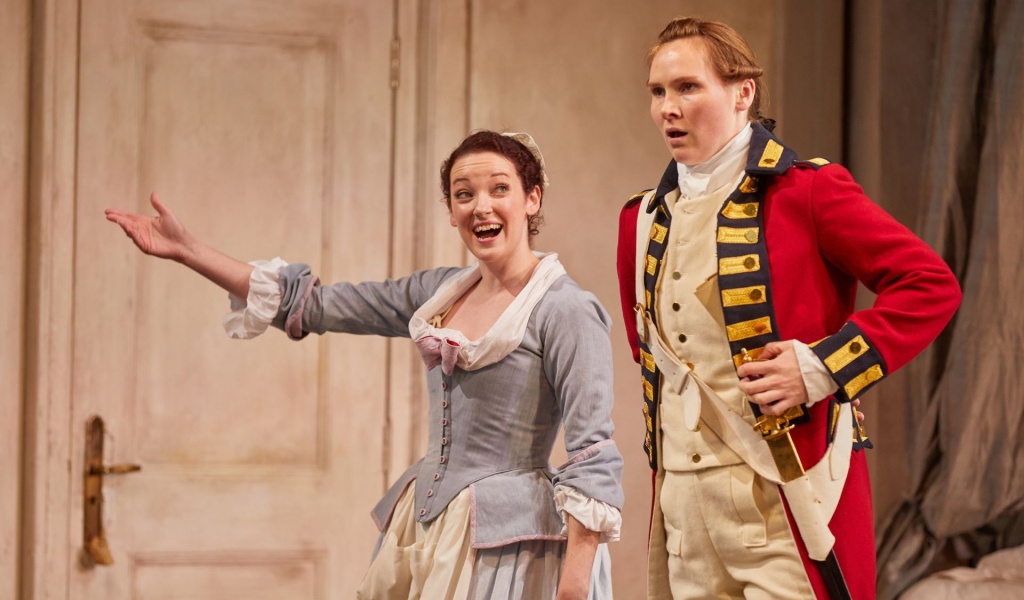 The audience cannot help but be enchanted by this magical Figaro.
Inge Kiemtrup, The Stage

It is the wedding day of Figaro and Susanna, but will their marriage ceremony ever take place? During the course of a crazy day a series of confusing events unfolds. Count Almaviva has lost interest in his wife and is intent on seducing Susanna. She and Figaro conspire with the Countess to outwit him and to teach him a lesson in fidelity but his young page, Cherubino, inadvertently upsets the carefully laid plans, and relationships are severely tested. All of this is brought to life by Mozart's music of consummate grace, wit and joyous invention, with Da Ponte's sparklingly adroit libretto.

A room in the castle, morning

Figaro is meausing the floor of the bedroom that has been assigned to him and Susanna by the Count. Susanna warns Figaro of their master's designs on her. Figaro has unwisely signed a contract agreeing to marry Marcellina, a spinster from Seville, if he fails to repay a sum of money that he once borrowed from her. She proposes to enforce the contract and Bartolo agrees to support her.

Cherubino is in disgrace because the Count has discovered him in a compromising situation with Barbarina, the gardener's daughter. Hearing the Count approach, Cherubino hides and overhears the Count propositioning Susanna. When Basilio arrives, the Count tries to hide in the same place and discovers Cherubino. Susanna and Figaro ask for the Count's blessing on their marriage, but he postpones the ceremony until later in the day, after the hearing of Marcellina's case for breach of promise. Realising that he has been overheard, the Count forces on Cherubino a commission in his regiment, with orders to depart on active service with immediate effect.

The Countess laments the loss of her husband's love. Figaro alarms her and Susanna by telling them that he has sent the Count an anonymous letter, warning him that the Countess is planning to meet a lover. The plot develops: Susanna will agree to an assignation with the Count that night but her place will be taken by Cherubino, dressed as a girl. The Countess can then catch them red-handed. Figaro leaves the women to dress Cherubino accordingly, at which point the Count, having received the incriminating letter, storms in to confront his wife. Thanks to Susanna's quick thinking, Cherubino manages to hide and then makes his escape via a window. The women confess to the Count that the letter was a hoax, before Figaro returns and complicates matters by denying all knowledge of it. Anotonio the gardener demands to know who has jumped into his flower bed. Marcellina has recruited Bartolo and Basilio as witnesses in the pursuance of her case. In the confusion, Figaro's wedding seems under serious threat.

A hall in the castle, evening

Susanna deceives the Count into thinking that she will meet him in the garden but his suspicions are aroused and he is determined to outwit her. The Countess reflects on her past happiness and present wretchedness and humiliation.

The Count's lawyer, Don Curzio, concludes that Marcellina's contract is legal: Figaro must either pay her or marry her. However, it emerges that Figaro is the long-lost natural son of Marcellina and Bartolo, who decide that they had better marry each other at once and make him legitimate.

The Countess agrees to take Susanna's place, wearing her clothes, to meet the Count in the garden. At her dictation, Susanna writes a letter confirming the assignation and fastens it with a pin, which he is to send back as acceptance. Meanwhile, Cherubino has been dressing up again and, encouraged by Barbarina, appears as one of a group of peasant girls. The Count penetrates his disguise but his anger is undermined by Barbarina.

As the double wedding is celebrated with singing and dancing, Susanna contrives to give the letter to the Count. Figaro observes the exchange.

The Count has given Barbarina the pin to return to Susanna but she has lost it. Figaro finds her looking for the pin and leaps to the wrong conclusion, thinking that Susanna has made a genuine assignation with the Count.

The Countess and Susanna are disguised as each other and, in the darkness, a series of mistaken identities ensues. Figaro hides and watches as 'Susanna' pretends to long for the Count's embraces, in order to pay Figaro back for suspecting her. Cherubino makes advances to the Countess, thinking she is Susanna. The Count makes the same mistake. Susanna carries on pretending to be the Countess but Figaro recognises her and they kiss and make up. The Count, seeing Figaro apparently making love to his wife, summons everyone to the spot to expose the treachery. The true state of affiars becomes clear. The Count acknowledges that he is in the wrong and the Countess gracefully yields to his entreaty for forgiveness. All join to proclaim her generous humanity. 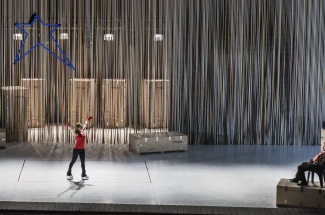 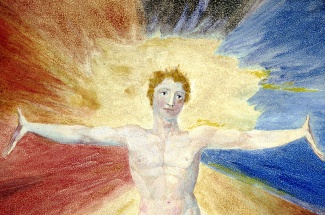 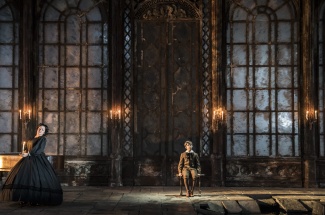