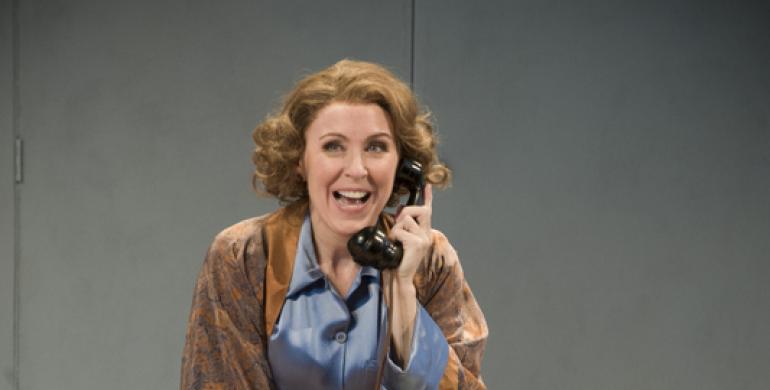 We are delighted that American soprano Mary Dunleavy will make her UK debut at Garsington Opera in Intermezzo this summer. For health reasons Ylva Kihlberg is no longer able to perform the role of Christine for us; by extraordinary good fortune Mary Dunleavy, who performed the role at New York City Opera in 2010, will be joining us.  We wish Ylva a swift recovery and hope you will enjoy Mary’s performance in this iconic role. Here we have put together a short profile of Mary outlining her career so far for those who are unfamiliar with her work.

During an international career that has brought her to many of the world’s most important opera houses, Mary Dunleavy has affirmed her position as one of America’s leading singing actresses. During the 2014-2015 season, the soprano returns to Portland Opera as Rosalinde in Die Fledermaus. Additionally, she returns to the Metropolitan Opera for several productions, covering the roles of Mimì, Musetta, Micaëla, Donna Anna, and Anne Trulove. Last season, Ms. Dunleavy’s engagements included the Dallas Opera as Micaëla in Carmen; Atlanta Opera for Marguerite in Faust; Nashville Opera for her role debut as Desdemona in Verdi’s Otello, and a return to the Metropolitan Opera as Pamina in The Magic Flute and for its production of L’elisir d’amore. She closed the season making her role and company debut with Chautauqua Opera as Cio-Cio-San in Madama Butterfly.

Her Queen of the Night in Die Zauberflöte, a role which she retired in 2002 after 84 performances, was heard at the Met, Lyric Opera of Chicago, San Francisco, Washington, Houston Grand Opera, Deutsche Staatsoper Berlin, Amsterdam, Aix-en-Provence, Montréal and NYCO.