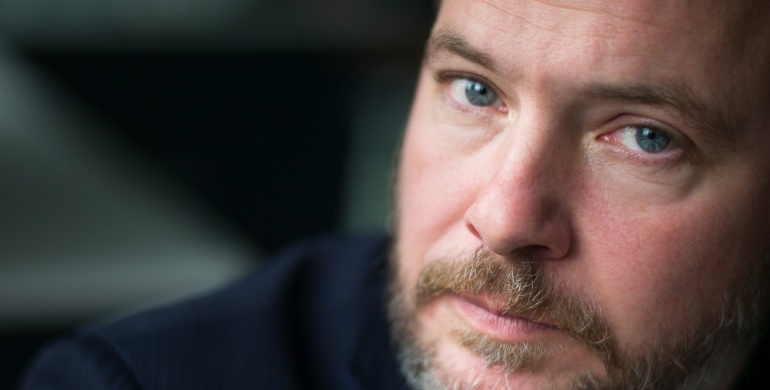 Robert Murray returns to Garsington this summer to make his role debut as Mitridate in our new production by Tim Albery. We asked him about how he prepares for a new production and what to expect from the title character.

This is your role debut as Mitridate. How do you prepare for something like this?
For me there are two basic strands of preparation for learning any piece. One path is the physical and mental rigour of actively learning it: prevaricate, buy a score, translate it, work out what the really hard bits are and sing it. Lots. The other path is slightly more passive and non-specific. As the show looms large (and I haven’t yet got our actual production to consider) I find I’m naturally thinking about it more and more in my daily life.  I watch the news with a more pointed interest than usual, watching for the shallow manoeuvres of over-confident/under-qualified world leaders and famous families teetering on the brink of breakdown. Read around the subject in snatches. Yesterday I located the Kingdom of Pontus on a map. Try to mentally combine watching our Prime Minister while listening to Bruce Ford.

Can you talk a bit about the character and what you are looking forward to about the role?
The fact that the opera opens in the context of his own fake death sets us up on his rather precarious emotional path. He seems to be an interesting quandary of a man. Emotionally insecure (somewhat justly as it turns out) and prone to rage. It is said of him by Arbate that he doesn’t know how to forgive, and that is interesting in itself. He is cunning: in most scenes we see his public face and then his private thoughts and they rarely concur. As is common in opera seria, the struggle between love, duty, and honour battles within him. It’s going to be a lovely challenge trying to navigate this journey of extremes. Fortunately Mozart’s done a pretty great job - I have some fantastically virtuosic arias and dramatically tight recitatives to manage. Meaty stuff.

What are you looking forward to about returning to Garsington Opera? What is it like performing in the space at Wormsley?
I have been made to feel very welcome at Garsington. The company have supported me since 2008 (The Rake’s Progress) and I was one of the very first people to sing in the new venue in a sitzprobe of Die Zauberflöte. From that moment onwards I have loved the space. It’s a venue of infinite possibilities, both vocally and in terms of staging: from the intimacy of singing alone with a lute in Monteverdi's Vespers, to hearing the clarity and grandeur of Beethoven in Fidelio.  The company’s place was cemented in my heart when my daughter Lara joined me on stage in Annilese Miskimmon’s production of Semele. Everyone at the company is aspirational, supportive and joyful about the work they’re doing. It is a very nurturing and enabling environment.

Have you worked with any of the cast and creative team before?
Yes, it’s a small world so I’ve had memorable experiences with all of the cast. They are a ridiculously talented bunch of singers, and all perfect for this repertoire. Laura Canning is a genius! I can’t wait to work on this with Tim Albery. The productions that I’ve worked on with him have all been completely different but brilliant. Highlights were playing the Simpleton in Boris Godunov at English National Opera (I got to wear a colander on my head!) and Bob Boles in Grimes on the Beach in the incredible production for The Aldeburgh Festival. In September 2019 I had the joy of working with Clemens Schuldt on a concert performance of George Benjamin’s Written on Skin at the Venice Biennale Festival. Completely different repertoire and he was incredibly assured and supportive.

Why should people come and see Mitridate? Are there any moments to look out for?
This opera is full of domestic conflict, love, pathos and extraordinary virtuosity. You don’t have to look very far to see the subject matter played out in the real world. The claustrophobic insecurity and implosion of the ruling classes of an isolated nation seems to be de rigeur at the moment. In this opera we actually get to see the emotional turmoil of being in the centre of that storm. Combined with the incredible writing of the fourteen-year-old Mozart, and singers who can really celebrate his virtuosity, it’s well worth seeing. There are so many moments to enjoy: Aspasia’s aria 'Al destin che la minaccia' and Mitridate’s opening aria 'Se di Lauri' are incredible arias. I understudied Marzio in the Royal Opera’s production of Mitridate in 2005 (so had to sit in the theatre watching the main cast during rehearsals). Hearing Bruce Ford singing the opening aria still ranks as one of the finest bits of singing I have ever heard. I urge you to check it out on YouTube.

What was your first experience of opera?
My parents took us to the National Theatre and The Barbican Theatre regularly throughout my childhood but I didn’t come to opera until late. I went inter-railing with Anna (my now wife) the year after we left school and we saw La traviata in Prague. It was an old fashioned production and incredibly beautiful. I was in.