In the lead up to its 30th Anniversary year, Garsington Opera, the Philharmonia Orchestra and The English Concert are delighted to announce new partnership arrangements from 2020.

The Philharmonia, which started its residency at Garsington Opera in 2017, will increase its commitment to two or three productions annually, and The English Concert will play for one or two productions each season. Both agreements will commence in 2020 for an initial five year term.

The new partnership with The English Concert will be launched in July 2019 with a concert performance of Monteverdi’s Vespers of 1610, conducted by Laurence Cummings with Garsington Opera’s principal singers and the Garsington Opera Chorus.

Garsington Opera remains very proud of the exceptional contribution made by the excellent freelance players who have made up the Garsington Opera Orchestra and who have been a key part of the Festival’s success and development.

“Throughout Garsington Opera’s first 30 years we have been committed to raising the bar for quality in all that we do, both on and off the stage, and we are proud of the role the Garsington Opera Orchestra has played in our development.

I am delighted that, as we enter the next 30 years of our Festival, we will have two of the best orchestras of the world playing in our opera house at Wormsley. We offer a warm welcome to all our colleagues at The English Concert as they join the Philharmonia as part of the Garsington family and we look forward to making music together at the very highest standard.”

Led by its Principal Conductor & Artistic Advisor Esa-Pekka Salonen, the Philharmonia Orchestra has a pioneering approach to the role of the modern-day symphony orchestra, reaching new audiences and participants through audience development, digital technology and learning and participation programmes. Based in London, but with residencies in cities throughout England and a thriving international touring programme and global digital reach, the Philharmonia engages with a world-wide audience and has an extensive history of opera performance.

“It has been a pleasure for the orchestra to perform those great operatic masterpieces, Verdi’s Falstaff and Debussy’s Pelléas et Mélisande, at Garsington Opera.  Under Principal Conductor and Artistic Advisor Esa-Pekka Salonen, the Philharmonia has given remarkable opera performances both in the concert hall and the opera theatre; in its early days, as a recording orchestra, the Philharmonia produced outstanding opera recordings with legendary artists. In extending our relationship with Garsington, the Philharmonia Orchestra is reclaiming an essential dimension of its unique legacy.”

The English Concert is one of Europe’s leading chamber orchestras specialising in historically informed performance. Created by Trevor Pinnock in 1973, the orchestra appointed Harry Bicket as its Artistic Director in 2007. They are committed to performing Baroque and Classical music with the passion, sophistication and technical mastery established at its creation.

“The English Concert is honoured and delighted to become part of Garsington Opera’s annual season. The energy and commitment shown by Garsington in their mission to strive for excellence exactly mirrors the ethos of The English Concert and we look forward to developing a strong artistic partnership with them over the coming years.” 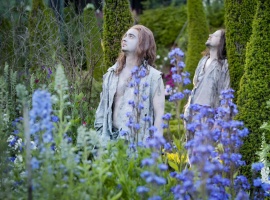