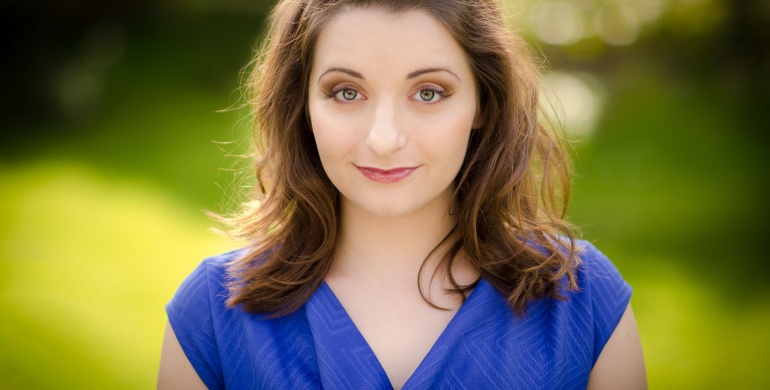 Soprano Soraya Mafi makes her Garsington debut in the 2018 Season as Nannetta in Verdi's Falstaff.

What are you looking forward to about your role debut as Nannetta?

Nannetta has always been the role that my teachers and mentors have recommended I study. As a young, light-lyric voice, there isn't much other Verdi accessible to me (with the exception of the wonderful Oscar in Un ballo in maschera), so it's a privilege to sing music by my absolute favourite composer at this early stage in my career. As a character, I love that Nannetta is a girl who knows what she wants...I can relate to that!

Have you worked with any of the cast or creative team before?

I was understudying Sophie in Der Rosenkavalier when Henry Waddington performed Baron Ochs for Opera North, but I haven't actually shared the stage with any of the performers. I have met a few of them when we've been rehearsing different shows at the same company so I'm looking forward to getting to know everyone better. Yvonne Howard and I are currently sharing the same dressing room at ENO...and we're both playing Fairy Queens! (Yvonne is The Fairy Queen in Iolanthe and I am Tytania in A Midsummer Night's Dream). There's a lot of blue glitter in that dressing room!

What are you looking forward to about your Garsington Opera debut?

I am very excited to work with Bruno Ravella. When I was proposed for the role, we went for a coffee together to talk about Nannetta as a character and how I relate to her; we really hit off. I am also thrilled to be working with Richard Farnes. My colleagues at Opera North hold him in the highest regard and I have seen him conduct so wonderfully when he was musical director there. He seems to really understand singers and I can't wait to learn from and work with him. I also celebrate my birthday between two shows (14th July) so I'm also looking forward to a nice picnic in the Deer Park the day before!!

I'm currently finishing my first run as Tytania at ENO and preparing for my recital debut at The Wigmore Hall. I'm preparing to sing Venus in Arne's The Judgement of Paris for The London Handel Festival. I make my American début in The Turn of Screw as Flora for Seattle Opera next year and will be making my début with Opera du Rhin with Christohe Rousset next Spring. I will also return to Grange Park Opera for a major role début next Summer. As I'm still in the early stages of my career, there are many débuts and a lot of role preparation!