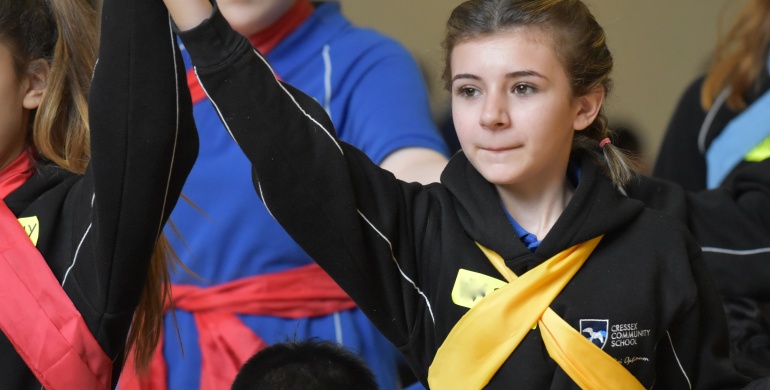 John Barber is an award-winning composer with a passion for drama, collaboration and voices. He studied with Sir Harrison Birtwistle and David Sawer and has composed for some of the country's leading arts institutions. He works regularly with Garsington Opera's Learning & Participation team on projects ranging from workshops based on the forthcoming season's productions to performances of his own works.

Tell us about your involvement with Garsington Opera and what you enjoy about it?
I first worked with Garsington Opera in 2015 on Così fan tutte projects and since then have been involved with a variety of events for the Opera for All programme. I am excited to be returning this year to lead the Youth Opera Company performing my opera, Eliza and the Swans, and for Magic Flute workshops with primary and secondary schools and the Wycombe Women's Aid charity as part of the Learning & Participation Programme.

I love that Garsington Opera works with such strong artistic teams, directors and singers. It is important for these projects to be meaningful and the teams that they put together have a shared belief in exploring opera as a living, breathing artform. The young people and adults that they work with learn a lot by seeing it all through their eyes.

You recently worked on the Magic Flute project at Cressex Community School. What did that involve and what are the benefits of arts organisations building relationships with local schools?
It was my first time working at Cressex and it was clear that Garsington's strong relationship with the school makes a big difference. It was hard work leading such large workshops but it is an amazing opportunitiy for so many young people to experience opera. While we were there some of the pupils also had the chance to audition for Garsington's Youth Company. The way Garsington's projects are interlinked like this is something I haven't seen anywhere else. Giving people who participate in workshops a path to further involvement through the Youth and Adult Companies and community opera shows the organisation's ongoing commitment to the local community.

Tell us about Eliza and the Swans which the Garsington Opera Youth Company are performing at Wormsley this summer.
The opera was written a few years ago for the W11 Opera Company. It is based on Hans Christian Anderson's Wild Swans and is a magical tale about growing up and leaving home. It is a joy to see it performed again and I am learning a lot from revisiting the work with a new group of people. There are opportunities for solo and chorus singing and its fairytale subject matter is a contrast to Silver Birch which the group performed last year. I'm really looking forward to seeing it performed at Wormsley in a few months.

What else are you working on at the moment?
I'm working on some really exciting projects including a new opera called Unquiet, which is a ghost story to be performed by professional singers for teenage audiences at the end of the year. My choral piece pased on an Emily Dickinson poem recently received its premiere, my band Firefly Burning has a new album being released in early 2019, and the refugee group that I work with (Woven Gold) have their 10th anniversary concert coming up.