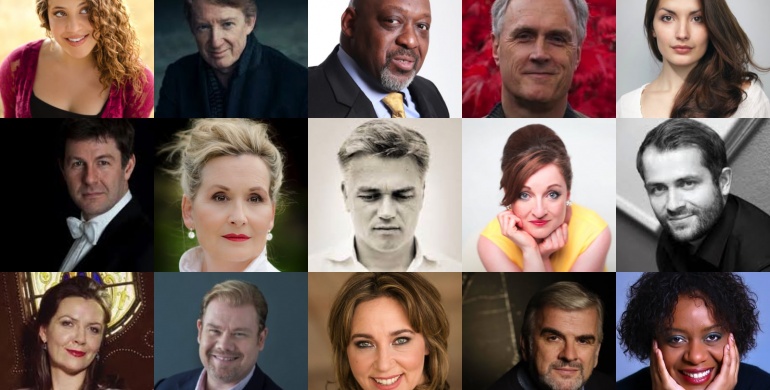 In the wake of the terrible fire at Grenfell Tower, soprano Nazan Fikret (Garsington Opera Chorus and Alvarez Young Artist 2017) decided to rally fellow performers and put together a concert to raise funds for those affected. The sensational line-up of both established and up-and-coming artists includes recent Garsington soloists Janis Kelly, Natalya Romaniw and Christine Rice and young artists Kirsty Taylor-Stokes, Jack Swanson, Martin Häßler and Joseph Padfield as well as our own Artistic Director, Douglas Boyd who joins the selection of renowned conductors to lead the Mozart featured in the programme.

BBC Radio 3's Petroc Trelawny presents a concert in two parts on 17 September at 6pm at Cadogan Hall. The first half will include solo songs by Schubert, Schumann, Strauss and Quilter, followed by the Super Orchestra accompanying Ailish Tynan and Christine Rice in the Evening Prayer from Humperdinck's Hänsel und Gretel, an extract from Wagner's Tristan und Isolde sung by Stuart Skelton and Lee Bisset, the Quartet from Rigoletto, and the full company singing the Sanctus from Faure's Requiem.

Part Two will be launched with a performance of I'll Sing by award-winning composer Rebecca Dale, and will carry on via Mozart's Così fan tutte, Le nozze di Figaro and Die Zauberflöte, to Puccini's Tosca with Natalya Romaniw singing 'Vissi d'arte', and Keel Watson and Gweneth-Ann Rand in 'Bess, you is my woman now' from Gershwin's Porgy and Bess. The pick of today's most promising young singers will perform Vaughan Williams' Serenade to Music.

This is a one-off event and everyone involved has given their services for free. The music-making will be exceptional, and all funds raised will go to the London Emergencies Trust (Registered Charity No. 1172307).