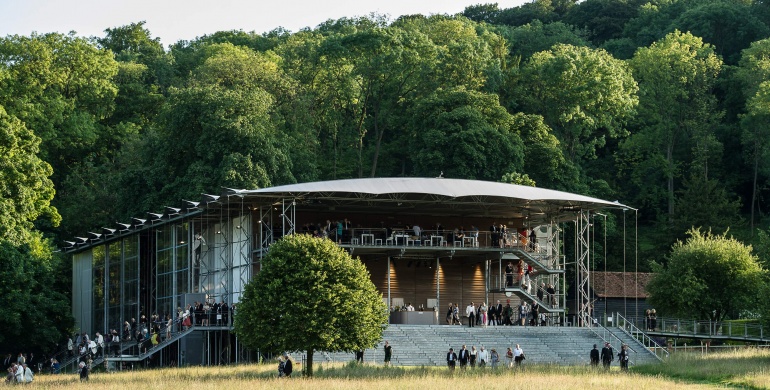 The 2017 season will be the first time we stage four opera productions as well as the newly commissioned Silver Birch - more details outlined below. We also welcome the Philharmonia Orchestra who will join us for one opera production each year, and in 2017 this will be Pelléas et Mélisande.

The god Jupiter is captivated by Semele's intoxicating beauty in a dramatic love story of the divine and the mortal. It cannot last, and Semele suffers the consequences. We welcome back Annilese Miskimmon, Artistic Director of Norwegian National Opera, with Jonathan Cohen making his Garsington Opera conducting debut.

It is the wedding day of Figaro and Susanna, servants of the Almaviva estate, but as events and the Count's roving eye conspire to disrupt their marriage, all relationships are tested. A recreation of John Cox's critically acclaimed 2005 Garsington production, Mozart's sublime masterpiece is conducted by Artistic Director, Douglas Boyd.

Prince Golaud finds a mysterious young woman in the forest and delights in making her his wife. A dangerous love triangle emerges as she grows perilously close to his brother, Pelléas. Michael Boyd and Tom Piper (Eugene Onegin, 2016) return with Jac van Steen (Intermezzo, 2015) conducting the Philharmonia Orchestra in their Garsington debut; together they explore Debussy's dreamworld of shadows and secrets.

We look forward to welcoming all of our members to the 2017 season and invite new members to join at the level of Affiliate.