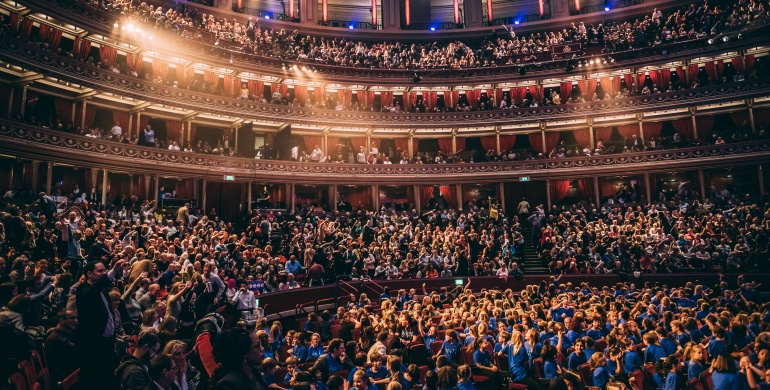 "You have truly touched their lives and for most of them this was a once in a lifetime opportunity."

Poems and themes initiated and explored in Skype workshops, connecting the stage company children with pupils in the three other countries were interwoven into a libretto by Lucinda Jarrett and Chris Rawlence from Rosetta Life. Film-maker Claudia Lee and designer Rhiannon Newman-Brown created a breathtaking multi-media, staged opera production incorporating film into the design and composition. The filmed content brought the young poets from Syria, Uganda and Bangladesh to the stage and incorporated their images and voices into the production. These children across the globe explored some challenging conversations about difficult lives and developed a shared vision of hope through friendship and a belief in their collective future.