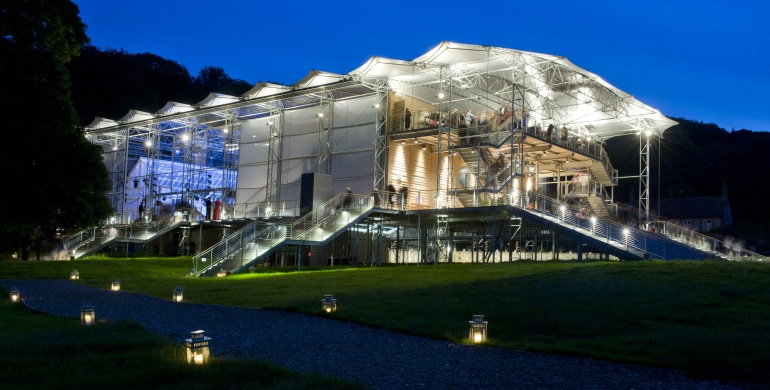 'This Così fan tutte brimmed with tension and wry humour ... Polly Leech has blossomed into an artist of magnetic poise and the kind of vocal splendour that emerges only rarely among British mezzo-sopranos'
Mark Valencia, Opera Magazine, July 2022

'It looks breathtaking ... and the musical and dramatic performances find a complexity, a depth and a red-blooded emotional truth that I hadn’t thought possible in this lovely but sometimes chilly fairy-tale opera ... This is as good as opera gets, on a par with anything you’d experience in a major international house'
Richard Bratby, The Spectator, 2 July

"An air of magical irreality pervaded the staging as dancers clambered on gantries and sat suspended on and between ropes hanging from above. The world of nature does not quite obey the rational rules we humans live by, a fact fully realised in this excellent production"
Mark Ronan, The Article, 7 July

"This is a stupendous realisation of Dvorak's tricky 1901 fairtale opera ... Furness allows Dvorak's score to cast its own wondrous spell, while securing highly convincing characterizations from a cast without a weak link"
Hugh Canning, Opera Magazine, July 2022

★★★★★
"Mark Wigglesworth ... leads the 13 players of the Philharmonia Orchestra in a triumphant performance, marking his Garsington debut. Through his passion and mastery of the score, he places it at the very core of the opera, promoting both soloistic freedom and a collective ratcheting-up of tension"
Edward Bhesania, The Stage, 5 July

★★★★★
"Garsington's partnership with the Philharmonia never ceases to impress ... Wigglesworth is another master-conductor to add to the company's growing roster"

★★★★★
"Christopher Oram’s gorgeous set ... If the space is impressive in its own right, what fills it is no less so as every part of the evening works together to create a compelling experience"
Sam Smith, MusichOMH, 5 July

★★★★★
"An outstanding role debut from Verity Wingate as The Governess"
David Mellor, Mail on Sunday, 10 July